Semantic domain [passive] / the meaning and use of what is put in, taken in, or operated on by any process or system.

# What is Data semantics?

Data semantics is the study of the meaning and use of specific pieces of data in computer programming and other areas that employ data. When studying a language, semantics refers to what individual words mean and what they mean when put together to form phrases or sentences. Data semantics focuses on how a data object represents a concept or object in the real world.

# What is Decentralised semantics?

Decentralised semantics is a term that describes the separation of semantic (“definitional”) and pragmatic (“contextual”) tasks into task-specific objects that, when combined, provide a digital representation of a complex object.

In data processing, metadata is definitional data that provides information about or documentation of other data managed within an application or environment. Contextual data is the background information that provides a broader understanding of an event, person, or item. 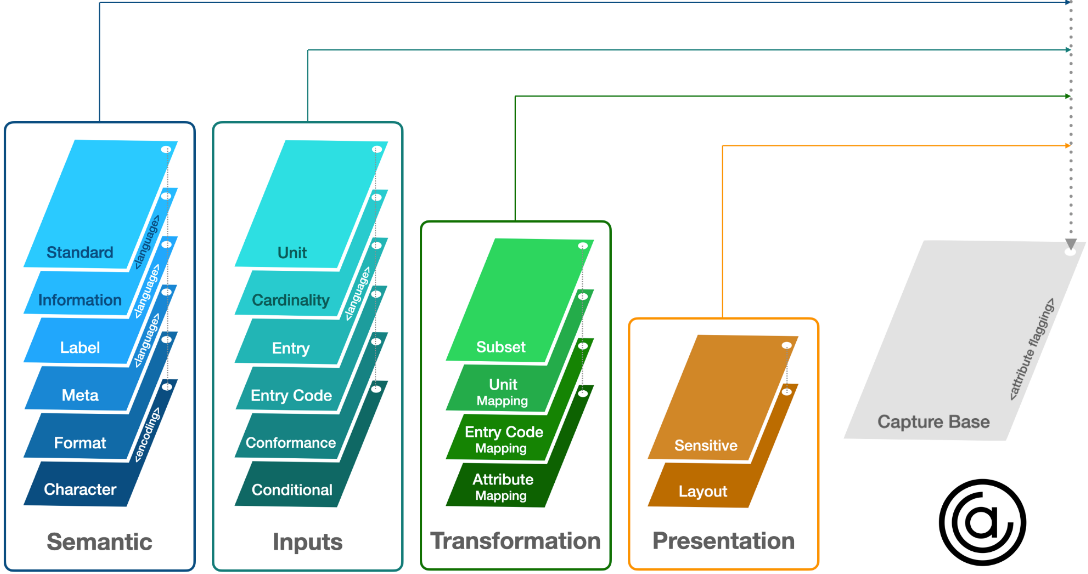 In the domain of decentralised semantics, task-specific objects are called "Overlays". They provide layers of definitional or contextual information to a stable base object called a “Capture Base”.

Working across governance boundaries is tricky because there is no common language of communication between digital ecosystems open in new window. How can we hope to understand one another when we speak different languages? Add to that the complexities of language evolution and diverse governance frameworks; maintaining proper context is challenging in the current digital landscape.

The primary objective of decentralised semantics is "data harmonisation", which refers to all efforts to combine data from different sources and provide users with an equivalent view of data from various studies. This objective involves the morphologic ("structural"), semantic ("definitional"), and pragmatic ("contextual") harmonisation of digital objects for a common purpose. It also provides an opportunity to structure unstructured data while offering a long-term solution for data language unification within and across distributed data ecosystems. Pending successful data harmonisation within a distributed data ecosystem, content provided by “overlays” underpins structured search queries for improved insights and analytics. The key benefit of decentralised semantics is the "distributed custodianship" of task-specific objects (see Distributed custodianship of task-specific objects for more information on distributed custodianship) without compromising the objectual integrity of the overall semantic structure. Furthermore, object interoperability is essential in an agile data economy where multiple actors from various institutions participate in complex use cases, supply chains, and data flows supported by multi-stakeholder data governance administrations and frameworks. Decentralised semantics offers an evolutionary implementation for domain-driven design, an approach to software development that centres the development on programming a domain model with a rich understanding of the processes and rules of a domain.

# What is Overlays Capture Architecture (OCA)?

Overlays Capture Architecture (OCA) is an explicit representation of task-specific objects that have deterministic relationships with other objects. These “Overlays” define individual semantic tasks, which, when combined, provide additional context to the object. An OCA bundle consists of a “Capture Base” and “Overlays”. The sum of its parts represents a contextually-rich schema.

The segregation of overlays by task enables interoperability in the construction process of any digital object without compromising the integrity of the semantic structure, modular components, or the relationship between those objects. 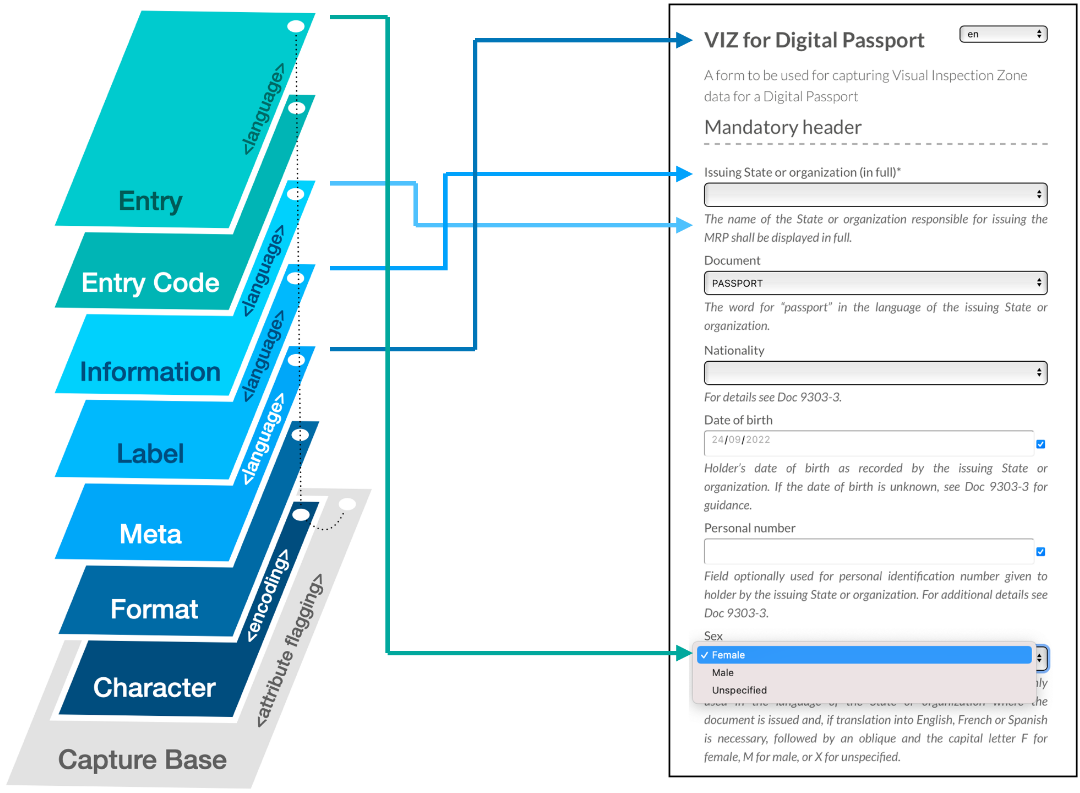 OCA is ontology-agnostic, offering a harmonisation solution between data models and data representation formats while providing a roadmap to resolve privacy-compliant data sharing between servers, networks, and across sectoral or jurisdictional boundaries.

The deterministic interplay between overlays combined with the unicity of the composite bundle is proving to be an exciting field of research.

OCA offers many advantages, including:

OCA follows a content centric networkingopen in new window (CCN) approach by utilzing Self-Addressing Identifiersopen in new window (SAID) for deterministic content identification. For that reason OCA strongly relies on cryptographic security characteristics. Each OCA object is equipped with a SAID, which is cryptographically bound to the content of the object. SAID assures immutability and is deterministically generated directly from the content. Furthermore it can be verified without need to interact with any service or provider relying on.

# A brief of history